SEVERE ABUSE AS A CHILD LEFT HER SCARRED, NOT DEFEATED 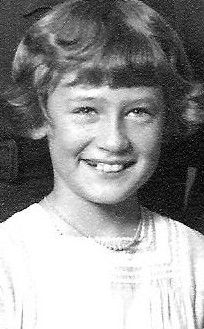 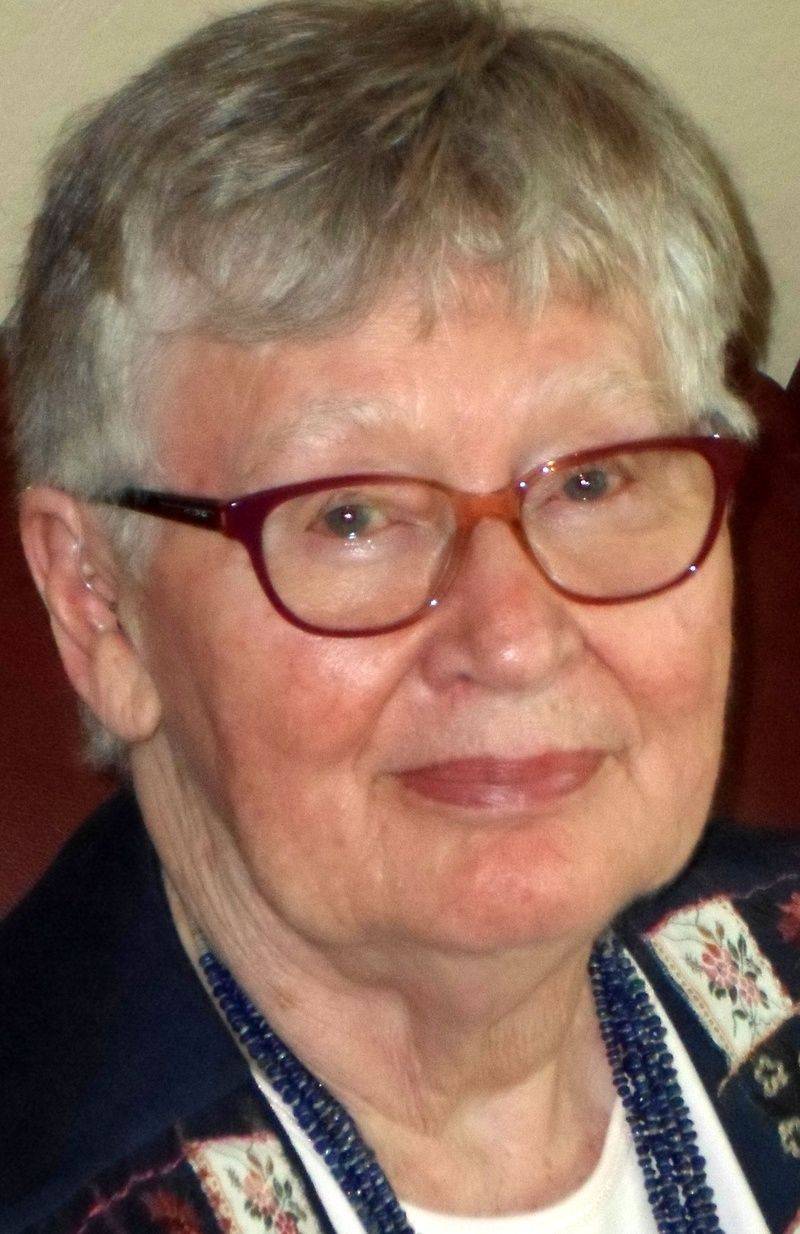 Marilyn McNeill Pate approaches the room with the same trepidation she felt as a young girl, though the date is now 2001 and she’s 66. Inside, bedridden, is her dying father, Harold McNeill. It’s his birthday, and coincidentally, it’s also hers. But that’s not the occasion: She’s seeking another kind of closure.

The room is in a nursing home near Tucson. He has a single room by default because no one will share with him. Displayed above his bed are mementos of his Army service and police career. The wall is empty of family photos.

Marilyn walks up to the bed and, for a moment, she sees — not the wizened 92-year-old waiting for death’s door to creak open, but the man he used to be: big, 250 pounds and 6 feet 3, with a domineering air, an ominous man of intimidation. That is the man she wants to face, not the old man in the bed.

Marilyn is a soft-spoken, retired elementary schoolteacher, averse to confrontation. However, she is willing to risk his wrath one more time. She wants to tell him that with determination and time, she rescued her own life from what he had done to her.

But looming over everything else, she needs to ask her father: Why did you terrorize your children?

Marilyn McNeill was born in 1935 in Phoenix and barely felt the bite of the Great Depression. Her father made a respectable living as a teacher, an Army officer and then a ranking policeman.

Money was not her poverty.

The mother of Marilyn and her younger brother died when the girl was 5. Her name was Lucille. The name was all that was bequeathed to Marilyn. She was then sent to her paternal grandparents on a remote New Mexico ranch to live for three years until her father remarried.

Her grandfather was a Mormon bishop and upstanding citizen, in addition, by the way, to being a brutal pedophile. Marilyn says he sexually molested her continually, and bought her silence with a combination of gifts and intimidation — the sexual predator’s bribery.

“He would come in to the bedroom at night when everybody else was asleep. ...

“I yearned for my father. If he would only come and take me away from my grandfather, then everything would be all right again. I went to church and Sunday school. I was baptized in the irrigation canal out by the barn. Now I was a saint. I was supposed to be happy, but I cried in the night.”

When her father was a child of 6, Marilyn’s grandfather trapped a coyote, and instead of dispatching it humanely for the pelt, he tied it down and compelled Harold to strangle the animal — to feel what it was like to kill something. A tutorial in brutality.

It proved to be a lesson well learned.

Harold remarried, choosing a woman, Jesse Belle, whom he barely knew. It was to that household that Marilyn returned. The first thing her stepmother did was cut her braids that reached to her waist and had been lovingly groomed by Marilyn’s mother.

“They gave (the braids) to me in a paper sack,” she says. “I put them in a doll-size suitcase in the bottom of the closet. In the night, I sat on the floor beside the case and stroked my braids. My mother had told me I had nice hair and braided it every morning.”

Marilyn never saw a photograph of her mother until she was grown. Harold would tell her nothing of Lucille, saying only that she had been a good typist.

“My memories of my mother had faded. At night I held the one thing I had of her, a hanky that held her fragrance. It was hard to see her face, but I felt her presence,” she says.

“When I was 11, I began to take on more tasks. One time, making a bed together with my stepmother, I felt a warm feeling for her. I told her I loved her. She only said, ‘What do you want?’ I knew I was alone.”

Marilyn says that for five years, until she was 13, she and her younger brother would be whipped for every trivial offense that her father conjured up.

“After the war, we moved to Tucson. We had a little garage building out in back of the house. That’s where he would beat my brother and me so the neighbors couldn’t hear us. He would tell us, ‘Now, don’t you scream or I’ll hit you harder.’ ”

He found amusement in standing the children up straight on a narrow fireplace mantle several feet off the floor. He would leave them there while enjoying their whimpering, their backs pressed against the wall.

One time in fifth grade, she had been beaten so badly with an apple crate slat that she had to ask the teacher if she could stand in the back of the room, offering some lame excuse for her raw thighs. The teacher was not fooled, and after taking her to the school nurse, went to visit Marilyn’s father.

That was a mistake. Her father, by then a police captain, threatened to have the “meddling” teacher fired. In those days, it was not an empty threat.

In high school, her social life was pretty much limited to the Methodist church down the street. Dating was something other girls did.

Her brother was the other victim. Harold wanted him to be a hunter, but the boy wasn’t interested. He only wanted to build things and tinker with his radio. Harold considered him a sissy and would smash the things he had laboriously constructed. The boy suffered lifelong effects from being his father’s son.

Marilyn fought back through her own spirit, the only way she could. “My mother was still in my heart. I knew she wanted to be proud of me. I began to know there was a future for me and that my life was all up to me. I wrote and I read. I discovered C.S. Lewis, Louisa May Alcott, Jane Austen. I gritted my teeth, grinned and dreamed.”

Harold was an inveterate womanizer, and also a brutal policeman back in the day when rogue cops could get away with it.

To say that Harold was an alcoholic would elicit many knowing nods, but Marilyn says he was not. Rather, he was a “rageaholic,” she says, a condition more elusive of definition.

Marilyn was an excellent student and member of the National Honor Society. She was awarded a full-ride college scholarship as a high school senior. However, Harold would not allow her to take it, insisting she would be better off learning secretarial skills.

Disappointed and frustrated, she took the only way out that she saw available. She got married three months after graduation.

Marilyn deserved a good break from life, and the marriage turned out to be it. It continues into its 63rd year. Marilyn finished college at age 36 and raised three children. As did her husband, Terry, she enjoyed a career teaching in the San Diego Unified School District. They now live in retirement in University City.

Marilyn’s childhood was the snake that gains on you in a bad dream, and then you trip as you flee.

She survived the bad dreams, but it wasn’t easy, and it wasn’t quick. In this, the beginning of her 81st year, she knows that childhood abuse is a tireless pursuer. It follows you through all the days of your life, trotting behind, but never out of sight.

The abused child in adulthood can always hear the mocking whisper that they’re not good enough, that they’re doomed to failure and undeserving of happiness.

“I was a pelican smothered in black oil goop. I suffered from self-doubt and sought the approval of others. I have in the past abused tranquilizers, alcohol and food. But with the love of my husband and of my three children, I learned how to trust, to know that love isn’t paid back with hurt.”

She found her therapy in books, those lifelong friends. “Over the years I read everything I could find about child abuse, and I began to realize that I had been a victim. It had been pounded into my head that it had all been my fault. As strange as that might sound, any person badly abused in childhood will understand.

“My reading eventually took me to an ‘ah-ha’ moment. I realized others out there had experienced those same feelings and recovered.”

She became a skilled writer and has used that ability to work with others in overcoming the damage that abuse can inflict, especially young women. Her memoir, “Everyday Evil,” is available on Amazon.

As they all do, Harold’s death room has a mustiness that seems heavier than air. Marilyn isn’t optimistic as she stands before her father’s bed. He has always angrily denied abusing her and her brother, even when she reminded him of the time he slapped her at the dinner table and drove the tines of a fork into her cheek.

Surely she can’t expect penance. Deathbed conversions are usually a contrivance born of someone else’s fond hopes. She also knows she won’t get an answer to the question she most wants to ask: Why?

She would settle for an apology.

She is neither nervous nor afraid. He can no longer punish her. When she mentions the childhood abuse to him, Harold tells her, “Well, if that’s all you’re going to talk about, you might as well leave.”

She says, “I’m not ready to leave. I want to tell you that you hurt me terribly, and you’ve hurt my brother terribly, too.” She asks a question that hangs heavy between them: “Do you ever feel bad for the way you treated us?”

“No. I didn’t treat you any worse than anybody else ever did.”

“Well, it hurt, dad.” Then she pauses and takes a breath. “But I’ve forgiven you.”

Then she says something she has never before uttered: “I do love you, dad.”

He doesn’t reply, but she sees something that astonishes her. She sees tears in his eyes. She reaches for a tissue and wipes the moisture from the creases in his face. Then she says to her husband: