HOPE IS ALL ONE MOTHER HAS TO FIGHT OFF WORRY, DREAD 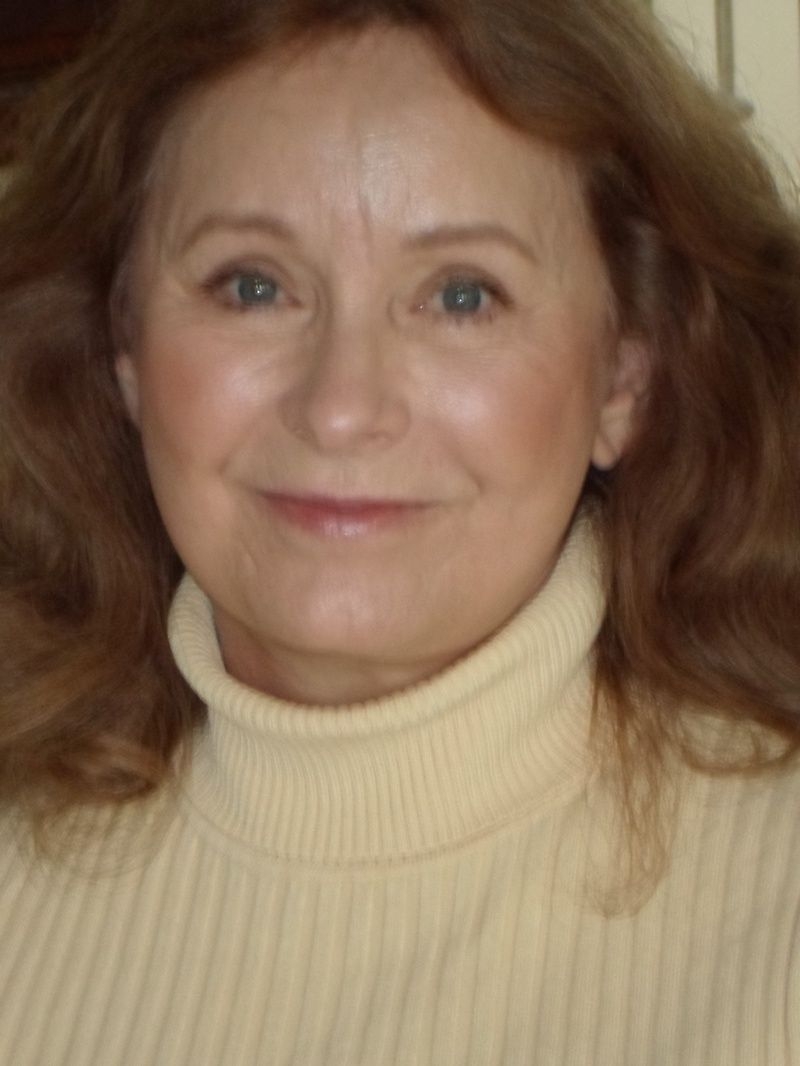 Lynn Evans comes down the stairs just as her daughter, Kim, is about to leave. Kim is dressed casually in olive shorts and a plaid top, neatly, as always. She has her carry-on-size suitcase in hand, and one of her two laptops. She’s headed for the front door.

Kim is a 41-year-old writer who has lived in her mother’s Encinitas townhouse for a year. Earlier that morning, they engaged in a strong argument, but Lynn has no idea that Kim intends to leave.

“I’m terribly sorry, mother,” Kim says, referring to their disagreement. Then she moves toward the door and says, “I’ll be back.” She hesitates, and adds, “soon,” and then the door closes behind her.

That was late morning April 30, 2013, and “soon” never happened. Kimberly Jo Evans has not been heard from since.

Her disappearance has been complete, as though she never existed. It’s left behind only a single word ...

It’s a word that sits heavy, alternatively offering dread, then hope, then dread again, as it flashes like a strobe in the mind of Kim’s mother.

With the abuse of passing time, dread grows like mold and hope fades from the glare of reality. Lynn can only stare out her daughter’s bedroom window, waiting. For 15 months, waiting.

Lynn sees her daughter walk out the door for the thousandth time and recycles the taunting possibilities for which there are no answers, and might never be.

It never starts out that way. Kim was a typical kid with carloads of friends all through La Jolla High School and was often a leader in the types of things teenage girls do.

She graduated from Cal Poly San Luis Obispo and spent productive years in public relations and then as a writer of books and blogs on diet and natural living with some success. Though never married, she’s had romantic relationships but shied away from men who might be abusive or not respectful of her standards of healthful living, which were scrupulous.

In the year Kim lived with her mother, she formed no friendships. She had a strained relationship with her stepfather and almost no contact with her birth father.

The incident that led to Kim’s walking out happened when her mother awoke on that same day and realized Kim had cleaned Lynn’s grandmother’s piano, but had used a mixture of garlic juice and baking soda.

“It was all streaked with white, and the wax had turned color. The keys would push down but not come up, so she’d gotten it in between the keys,” Lynn says.

Lynn was shocked and upset when she saw the damage to the piano, and told Kim she would have to take the medicine prescribed to settle her down or leave the house.

As normally happens in mother-daughter quarrels, things quieted down. However, Lynn continued to insist that the medicine be taken, which Kim did not believe in.

Later, after Kim had not returned, Lynn inventoried what she had taken with her: about $400 cash, her passport and the laptop. She owned neither credit cards nor a cellphone. And — most worrisome — to this day Kim has not touched her checking account, which still holds almost $1,000.

Because Kim had left home for short periods from time to time, Lynn waited two weeks before contacting the sheriff’s department, and then Kim was listed as a missing person. She was reminded by a deputy that adults have the right to leave and to be left alone, and even to disappear.

As Kim’s absence grew longer, the case was assigned to the homicide unit as a matter of routine. The U.S. State Department put a watch on her passport, Social Security reported that her number had not been used, even Interpol put her on a watch list. The FBI examined her other computer and found nothing suspicious, and nothing that indicated a destination or even a desire to leave home. Police phone searches also revealed nothing.

As of February of this year, if she uses her passport, it will be reported to the sheriff’s department. The problem is, in the intervening nine or so months since the disappearance, she could have gone anywhere.

Lynn says she is satisfied with law-enforcement efforts but has also used two private investigators. All efforts have been fruitless.

She even hired a psychic. “I was desperate; what can I tell you?” she says with a shrug in her voice.

She has contacted the U.S. Consulate in Tijuana, and it has checked hospitals, prisons and morgues, with no results. San Diego police maintain a liaison in Tijuana, and Lynn hopes they are also watching for Kim, but Mexican police by reputation are not burdened with an abundance of competence.

Lynn describes her daughter as being of a supple and inquisitive intellect with creativity bursting out all over — a painter in oils, a photographer, a clear writer with style and even an open-water diver.

She says her daughter is a world traveler: Europe, Thailand and throughout the Americas.

She also credits Kim with survival skills. “Once when she was in South America and found herself short of money, she went panning for gold.”

Lynn says Kim neither drinks nor does drugs and is very particular about her diet, which is heavy on vegetables and nuts.

However, a nagging question won’t go away: Is Kim mentally ill?

Despite spells of aberrant behavior, her mother refuses to believe it. “I absolutely don’t think so. I’m not a doctor, but (her behavior) doesn’t have the signs I’ve read about.”

She says she has accompanied Kim to three psychiatrists, and none would commit to a diagnosis of mental illness. “They couldn’t quite figure Kim out, either.

“They thought she was uncooperative and didn’t want to follow traditional medicine, which is true. She doesn’t believe in going to doctors. She believes in natural healing and natural herbs and that kind of thing. (All three doctors) would ask me what I thought. I just didn’t know.”

Lynn tells of an experience Kim had related to her that stemmed from a visit to Ecuador three years ago. In a semi-religious ceremony, Kim ingested some sort of cactus derivative that she believed left her possessed by a demon, and which takes over her actions from time to time. She didn’t tell Lynn if the demon is figurative or literal.

Lynn has maintained contact with the large American colony in Ecuador and does not think Kim is there.

She says the sheriff’s detective assigned to Kim’s case, Dave Hillen, gently told her she might never see her daughter again.

The detective spoke the truth that many families push out of their minds, which is that Lynn might not ever see Kim again. That could, of course, mean she would be unable to return, or would choose not to. The detective was also trying to instill some balance in Lynn’s thinking for the long haul. Unrealistic hope is a shooting star that will soon leave the observer blinking in the darkness.

Hillen refused to comment on the case for this column.

I sought the opinion of two missing-person and homicide professionals to talk in generalities about worst-case possibilities. They are anonymous because of uneasiness at commenting on a colleague’s case.

They both give reasons for guarded optimism that Kim is alive.

Although all of Southern California, plus Mexico, is proximate to ocean and desert, those aren’t necessarily practical in disposing of a body.

One expert pointed out that to dispose of a body at sea requires a good-sized boat, along with the difficulty of getting the heavy, awkward weight of a body aboard unseen. Digging a grave in the backcountry would be hard work, can be observed by hikers and requires the risk of driving many miles with a body in the car. A shallow grave can be dug up by animals.

The heart of the experts’ optimism is that if a predator abducts and kills a woman with whom he has no known ties, he is usually in haste to abandon the body in a convenient, semi-hidden place that is often soon discovered.

Lynn says Kim has a keen antenna about being near suspicious or weird men and would not be gullible or compliant when faced with danger.

She also says Kim would never feel safe or be comfortable in areas where homeless people congregate, and would certainly stand out.

Kim would not be a candidate for ransom or theft. And as a savvy, cautious middle-aged woman, she would not be as vulnerable a sexual target as a naive or incautious girl.

A predator seeks success, not challenge. The wolf does not attack a wolverine; it goes after a deer.

For all these reasons, both experts are unwilling to assume she’s no longer alive. Both, however, find the untapped bank account troubling.

These thoughts are not happy talk, of course, but they are straws to grasp when there is little else to hold on to.

The months on Lynn’s calendar and marked off by tears as she prays for the return of her talented daughter of spontaneous spirit.

“Whenever Kim would need help, she would always contact me. That she hasn’t worries me. I am totally convinced that she had every intention of coming back in a matter of days.”

Lynn knows there’s a chance Kim might be in San Diego, and if that is true, she hopes that her plea will be heard and cause her daughter to come home. “I want to tell her how much I love, value her and miss her.”

When a child is out in the cold, a mother will never stop looking and never stop hoping.

The reason hope is so durable is that it often comes true.