Brain Behind Gen-Probe Prizes Life in Lab, Not Spotlight

The front-page U-T headline on April 30 read, “Gen-Probe sells for $3.7 billion.” The deal was the capstone of a biotech story in San Diego that has had few equals for come-from-nowhere success. In 28 years, the Mira-Mesa company went from a single asset—one man’s idea--to a display case of imaginative DNA-based products and a glittering complex of steel and glass.

Jubilation must have rocked the room as investors celebrated the sale. However, behind every megabucks deal there is the story of a dream brought to life by someone who had dared to walk the tightrope of failure. Too often, that person is lost in the reverie.

While Gen-Probe’s celebration was happening, in a small lab in Sorrento Valley, a man in his mid-seventies leaned over his test tubes and searched for the next Gen-Probe. How do I know he was there? Because he’s there every day, all day.

In the lab, he is one with his research. Total absorption. Total contentment. Methodical. He has the concentration of a man who would take notes in traffic school.

His name is Dave Kohne. And if you’ve never heard of him, well, that’s just fine with him. However, out of his complex brain Gen-Probe had its birth in 1984. But he’s not celebrating its success. To him, that’s ancient history. He’s got more important things to do.

Kohne is a friendly man who speaks sparingly and then in a quiet, almost whispery voice. He was raised in Indiana, the son of a bait merchant. He grew up, not carrying a microscope, but a crate of fishworms. However, the desire for knowledge drove him, and it led to a Ph.D. from Purdue in molecular embryology.

A series of stops at labs along the way did not satisfy his urge to avoid institutional politics, paper work, and other impediments to pure, uninterrupted research.

Then, in 1984, as an obscure scientist in San Diego, working on his own, he found a better way to detect disease through “probing” genetic material. Previously, science had focused on DNA in a cell and bypassed RNA, the other genetic component, which they considered too unstable. Both components are found in every cell, but while there is only one strand of DNA, there are thousands of RNA. Kohne found a way to easily stabilize and target RNA, thus opening a whole new avenue of disease detection.

Excited and wanting to manufacture his find, he approached two men savvy in biotech ventures. They were Tom Adams and Howard Birndorf, who were executives at Hybritech, a successful biotech in north San Diego (since bought by Eli Lilly).

The three struck a deal: They’d go thirds on ownership and the other two would run the business and leave Kohne alone to tend to his lab.

“You need really good managers and money people to start a company. Adams and Birndorf were really good at that,” he says, freely confessing his loathing of business wheeling-and-dealing, administration, and lawyers.

“I know myself really well. I know what I’m good at and what I’m terrible at. I don’t like supervising people, or dealing with money or investors. I’m terrible at that.”

The three formed a company called Gen-Probe and found modest quarters in Kearny Mesa, always mindful that 9 out of 10 biotech startups fail. At first, growth was slow and achieved on a shoestring, but that soon changed. In a span of less than 5 years, the company produced approximately 20 FDA-cleared products for infectious disease diagnosis, and was worth $110 million in 1989.

At Gen-Probe, as the resident founder-guru, he became a beloved, unorthodox leader to a large group of scientists he had brought aboard. One remembers being interviewed by him seated cross-legged on floor pillows in his cluttered office. His former staff tell stories of him coming to work every day wearing a white tee-shirt and old jeans; of playing basketball in the parking lot with a backboard and basket he installed; and of eating burnt toast for lunch most every day. When the business-types wanted him to make a presentation, he was taken to a clothing store to buy a sport coat because he didn’t own one.

But then there were the lawyers that Kohne loathed. Litigation lawyers hunt successful biotechs like beagles tracking rabbits in the snow. “There’s never been a successful idea without a lawsuit,” Kohne says, and there were many that involved him and Gen-Probe, especially a long, drawn-out patent infringement suit by oil giant Amoco that Gen-Probe eventually won.

Even after Gen-Probe got very flush, Kohne chose to live for 15 years in a 400-square-foot house in La Jolla. The automobile he loved like a faithful steed was a 20-year-old VW bug. It finally went the way of all rusted metal when employees wrote their names all over it as a gesture of affection.

When Gen-Probe was sold in 1989 to a Japanese pharmaceutical, Kohne left as a multi-millionaire. But don’t think he rushed to the Jaguar dealership or to Brooks Brothers for a fitting. He immediately started looking for a new lab. Today, his name is on between 25 and 30 patents. He’s not sure exactly how many without researching it, he says. The man is proof that when the money comes, people remain the same, only more so.

Kohne is eccentricity on steroids, I suppose, but “eccentric” is not a put-down word. It doesn’t mean weird or laughable. It can mean not caring whom the Chargers draft or who wins American Idol. It can mean pushing unimportant things out of one’s life. It can mean having the drive to break a trail, or putting one’s brain on a rocket and launching it for the stars. It means being different from the crowd, which can often earn nervous glances of self-doubt from that same crowd.

Kohne’s search for easier, faster, cheaper diagnostic tests for human diseases continues at Jaden BioScience Inc., the small company he and his wife, Connie, founded to continue his research. He is on the track of a new ultrasensitive detection method, with the goal of detecting cancer in a single drop of blood.

Jaden is in a 3,000-square-foot space in Sorrento Valley. Connie herself laid attractive tile throughout. Kohne doesn’t really care. Give him old cracked linoleum, and that’s fine with him, so long as it’s on the floor of a lab.

One thing is unchanged from the early days: the need for venture capital to support and grow their business. He wants nothing to do with that—that’s Connie’s job as CEO.

It may come to pass at Jaden that champagne glasses will clink with the sound of success. If that happens, it’ll probably be without Kohne. He’ll be back in the lab, oblivious to the noise of celebration.

Fred Dickey of Cardiff is a novelist and award-winning magazine writer who believes every life is an adventure. He welcomes column ideas and other suggestions; contact him at [email protected]. 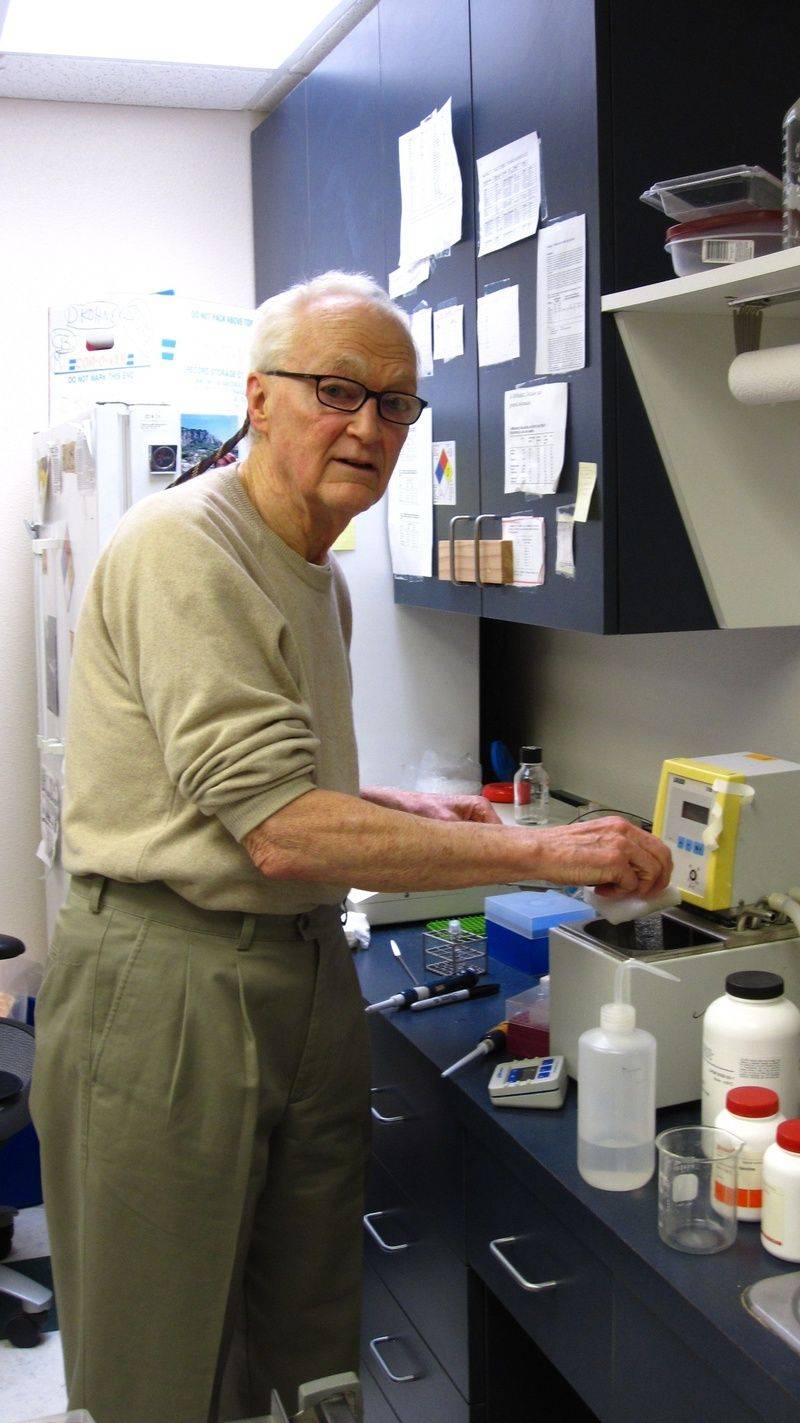 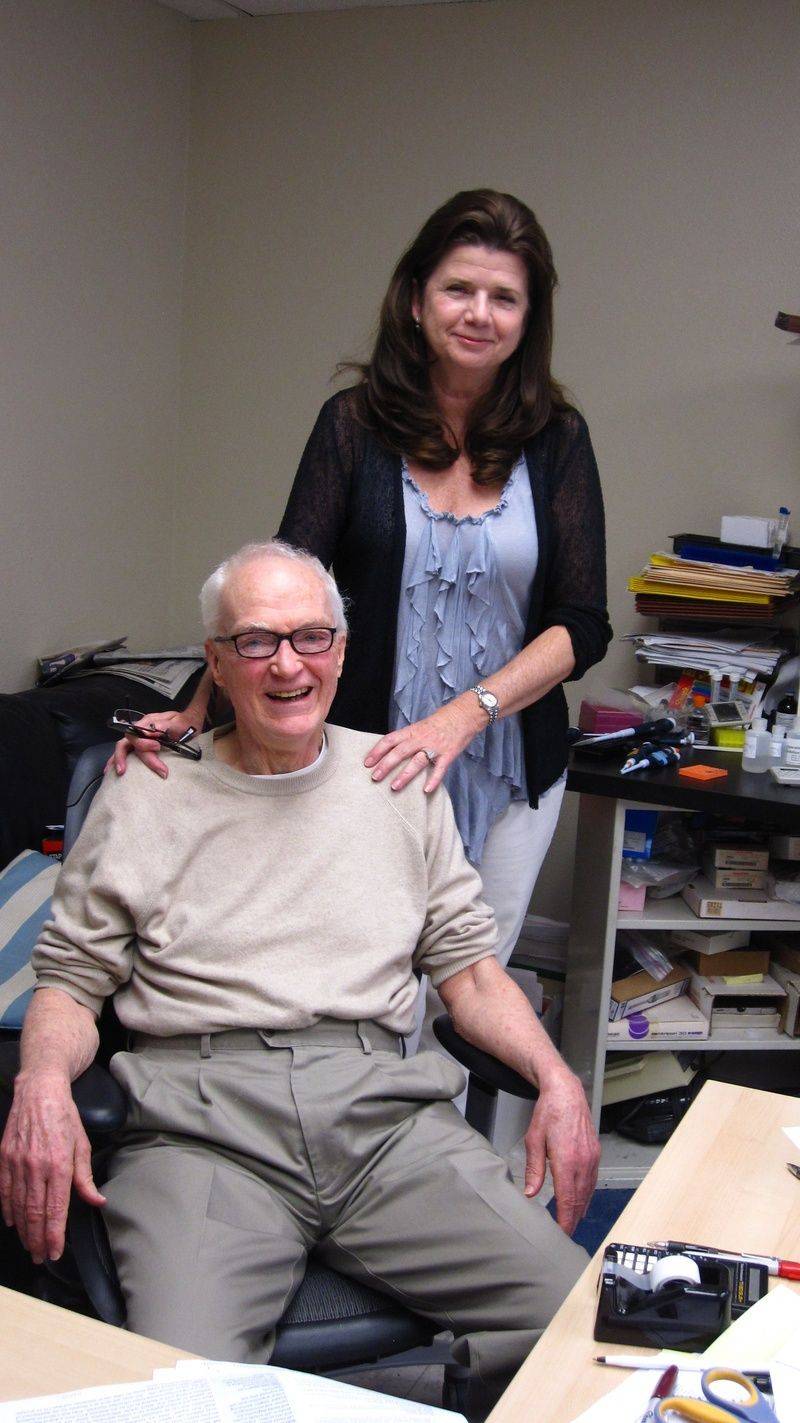 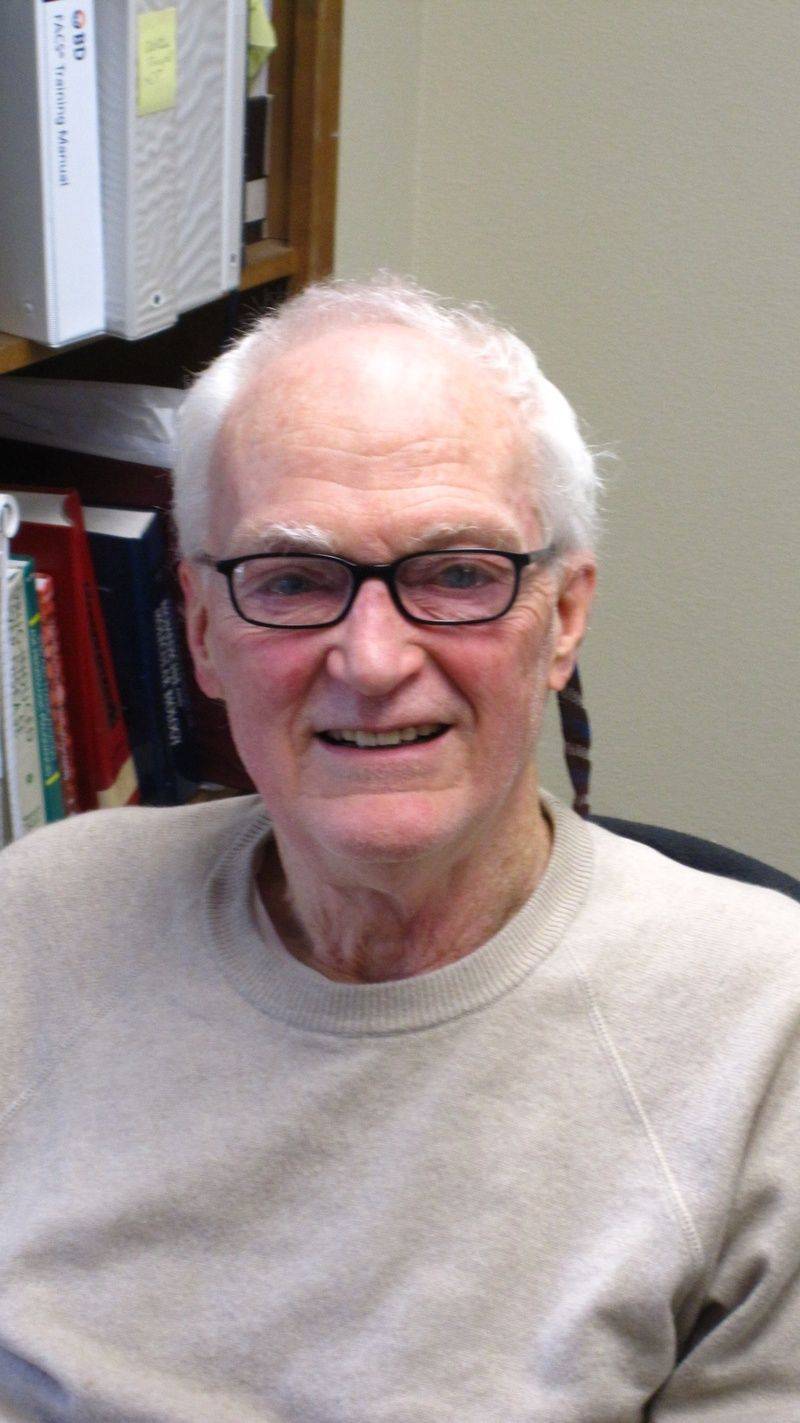